A Story of Hawaii, Cuisine and Drinks

The state encompasses nearly the entire volcanic Hawaiian archipelago, which comprises hundreds of islands spread over 1,500 miles. At the southeastern end of the archipelago, the eight main islands are—in order from northwest to southeast: Niihau, Kauai, Oahu, Molokai, Lanai, Kahoolawe, Maui, and the Island of Hawaii. The last is the largest island in the group; it is often called the "Big Island" or "Hawaii Island" to avoid confusion with the state or archipelago.

The archipelago is physiographically and ethnologically part of the Polynesian subregion of Oceania.

The Hawaiian islands were formed by volcanic activity initiated at an undersea magma source called the Hawaii hotspot. The process is continuing to build islands; the tectonic plate beneath much of the Pacific Ocean continually moves northwest and the hot spot remains stationary, slowly creating new volcanoes. Because of the hotspot's location, all currently active land volcanoes are located on the southern half of Hawaii Island. The newest volcano, Loihi Seamount, is located south of the coast of Hawaii Island.

Hawaii's diverse natural scenery, warm tropical climate, abundance of public beaches, oceanic surroundings, and active volcanoes make it a popular destination for tourists, surfers, biologists, and volcanologists. Because of its central location in the Pacific and 19th-century labor migration, Hawaii's culture is strongly influenced by North American and Asian cultures, in addition to its indigenous Hawaiian culture. Hawaii has over a million permanent residents, along with many visitors and U.S. military personnel. Its capital is Honolulu on the island of Oahu.

Hawaii is the 8th-smallest and the 11th-least populous, but the 13th-most densely populated of the fifty U.S. states. It is the only state with an Asian plurality. The state's coastline is about 750 miles long, the fourth longest in the U.S. after the coastlines of Alaska, Florida, and California.

The Hawaiian archipelago is located 2,000 mi southwest of the contiguous United States. Hawaii is the southernmost U.S. state and the second westernmost after Alaska. Hawaii, along with Alaska, does not border any other U.S. state. It is the only U.S. state that is not geographically located in North America, the only state completely surrounded by water and that is entirely an archipelago, and the only state in which coffee is commercially cultivable.

How to Get Around Hawaii in 8 Days

The extant main islands of the archipelago have been above the surface of the ocean for fewer than 10 million years; a fraction of the time biological colonization and evolution have occurred there. The islands are well known for the environmental diversity that occurs on high mountains within a trade winds field. On a single island, the climate around the coasts can range from dry tropical to wet tropical; on the slopes, environments range from tropical rainforest , through a temperate climate, to alpine conditions with a cold, dry climate..

Several areas in Hawaii are under the protection of the National Park Service. Hawaii has two national parks: Haleakala National Park located near Kula on the island of Maui, which features the dormant volcano Haleakala that formed east Maui, and Hawaii Volcanoes National Park in the southeast region of the Hawaii Island, which includes the active volcano Kilauea and its rift zones. 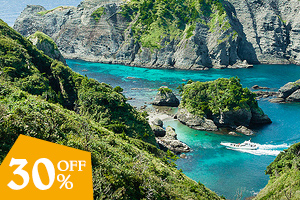 Explore many of Utah's cultural assets, including arts and cultural organizations, venues, artists, and public art in Salt Lake City and beyond. We're excited to share this valuable resource!

Get The Latest To Your Inbox!

Sign up to receive the latest arts and culture events happening in Salt Lake City and beyond. Whether you’re planning your first visit to the area or paying us a return visit, we’ll deliver the latest happenings to your inbox.

NowPlayingUtah.com is an event promoter and does not plan any of the events you see here. For specifics about any event please see contact info provided with event listing or contact the host organization directly. NowPlayingUtah.com is managed by the Utah Cultural Alliance.